What Went Down at COP27 and What Does It Mean For Businesses? {This piece is in continuation of our primer on COP27, head on over here to familiarize yourself with what COP27 is and why it’s so important}

“COP27 concludes with much homework and little time.”

‍
With this, the UN secretary-general gave his concluding statement in Sharm el-Sheikh for the 27th Conference of Parties (COP). These words accurately summarize the proceedings over the past fortnight; Despite considerable achievements in aligning nations toward financing for climate loss and damage, a gap was felt in addressing the essential goal of ‘keeping 1.5C alive’, reducing global emissions, and winding down fossil fuels.

What was the major outcome of COP27?

Negotiated by delegates from over 200 countries, the final agreement is the primary outcome of the climate COPs and typically, the site of intense discussion. This year the talks lasted until Sunday morning– overrunning by more than 39 hours.

In what was the second most attended COP in history, the final plenary ran a massive risk of not reaching any resolution before signing off on a historic agreement to set up a “loss and damage fund” for communities most vulnerable to climate change. With the issue being added and adopted to the formal agenda for the first time at COP27, creating a dedicated fund for loss and damage signifies a major leap forward.
‍

The cover decision, known as the Sharm el-Sheikh Implementation Plan, emphasizes that a global transition to a low-carbon economy will require at least USD 4-6 trillion in annual spending. To provide such finance, the financial system, its structures, and processes will need to be transformed quickly and comprehensively, involving governments, central banks, commercial banks, institutional investors, and other financial actors.

Despite a challenging geopolitical environment, countries delivered a comprehensive package of decisions at COP27, reaffirming their commitment to limiting global temperature increases to 1.5 degrees Celsius above pre-industrial levels. The package also strengthened countries' efforts to reduce greenhouse gas emissions and adapt to the unavoidable effects of climate change, as well as increasing financial, technological, and capacity-building assistance to developing countries.

Some  announcements from COP27

Where did COP27 fall short?

While the ‘loss and damages’ fund is a huge win for developing countries, many felt the report’s language was severely lacking when addressing the ‘1.5℃’ limit, greenhouse emissions, and phasing out coal and fossil fuels. All these subjects were put to robust scrutiny and discussion at last year’s COP26 in Glasgow, with hopes of charting out an implementation route this year. However, this year, it feels like not enough has been done.

‍“Too many parties are not ready to make more progress today in the fight against the climate crisis,” said Frans Timmermans, vice president of the European Commission.. “There were too many attempts to roll back what we agreed in Glasgow. This deal is not enough [on cutting emissions].”

“We have all fallen short.”, he added.

Concerns were also raised regarding the expected trillions to be raised in support of the ‘loss and damages’ fund, especially when the $100bn annual pledge from COP15, Copenhagen, has not been met yet. The aim now must be to focus on the causes of climate change while also taking care of the consequences.

What’s the way forward for businesses?

At COP26, António Guterres, secretary-general of the United Nations, announced the establishment of a High-Level Expert Group to address net-zero commitments by non-State actors -- particularly businesses, financial institutions, cities, and regions. Addressing this, at COP27, the UNSG presented the Net zero report delivered by this committee. In his speech, he said:

“A growing number of governments and non-state actors are pledging to be carbon-free – and obviously, that’s good news. The problem is that the criteria and benchmarks for these net-zero commitments have varying levels of rigor and loopholes wide enough to drive a diesel truck through.

We must have zero tolerance for net-zero greenwashing. “

“Second, on credibility, full and rapid decarbonization this decade is the ultimate test. Leaders from businesses, financial institutions, and local authorities need to present transition plans with their net-zero pledges. These plans should be publicly available, with detailed, concrete actions to meet all targets.

Management must be accountable for delivering on these pledges. This means publicly advocating for decisive climate action and disclosing all lobbying activity. The absence of standards, regulations, and rigor in voluntary carbon market credits is deeply concerning. “

From the SG’s expressive words, net zero emissions and decarbonization are the two principal aims for every organization on the planet for the next few years. We at Ambee are constantly thinking about effective ways to contribute to climactic intelligence. With our suite of APIs and products, we aim to provide the most accurate and hyperlocal environmental data to support the cause. With this year’s COP27, the world has realized that a lot more needs to be done before we can genuinely call ourselves net zero. The lack of standardization is crucial and must be dealt with promptly. It’s safe to say that Ambee is also thinking about net zero deeply. For a better understanding of our plans, contact us here. 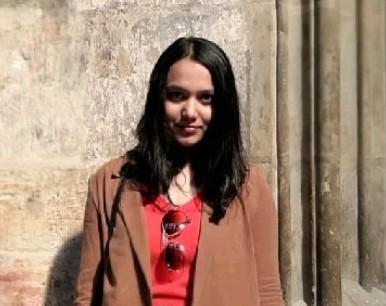 A writer by both passion and profession, I greatly appreciate the privilege of being on this 'pale blue dot' we call home. At Ambee, I'm able to marry my love for writing and our world. And so, if I'm able to create even the slightest positive impact—I'd consider myself successful.