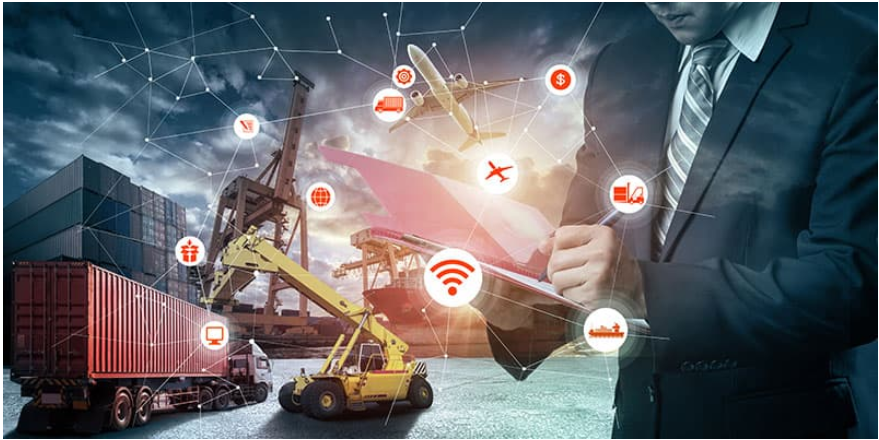 Answered: Your Most Burning Questions About DIFFERENCES BETWEEN NB-IOT AND LORA

This will provide the information about LoRA and NB-IOT. The major differences between the two.

As the number of connected devices rises, new technology standards have developed to handle the growing IoT space. While smartphones use cellular networks for their data, many IoT devices (for example, a smart water meter) only need to transfer small amounts of data. Relying totally on cellular or satellite networks would be expensive and use too much battery power for most devices. Similarly, WiFi and Bluetooth networks are not always a good or cost-effective solution. Most IoT devices don’t need to be in constant contact with a cellular network, so a new type of network was needed, here LPWAN entered into the picture.Many people compare LoRAand NB-IoT technologies as if they were battling it out for dominance in theIoT market. In reality, they are two branches in an emerging LPWAN ecosystem.LPWAN stands forLow-Power Wide Area Network, a wireless network designed to efficiently connectsmart devices across long distances, usually through a low bit rate. LPWANs areideal for IoT devices that don’t need to manage large amounts of data, or forcircumventing more expensive gateway technology. This can include smart meters,consumer products, and sensors. The overall value of the LPWAN market isexpected to reach $25 billion within 4 years.Many technology articlescompare LoRA and NB-IoT technologies as if they were battling it out fordominance in the IoT market. In reality, these technologies are two brancheswithin an emerging technology ecosystem. Similar to WiFi and Bluetooth, theywill most likely to diverge into different niches, rather than directly competewith each other. This article will dive deeper into the capabilities, costs,longevity, maturity, and other differentiators of NB-IoT and LoRa-basedtechnology.

LoRa and NB-IoT both operatewithin LPWAN technology. They are two major standards for low-power IoTdevices.The LoRa Alliance developed LoRa in 2015 as a secure, energy-efficient IoT standard that makes it easy to onboard new devices.LoRaWAN is a low power wide area network (LPWAN), developed to connect the Internet of Things devices and sensors for mass deployment. LoRa is developed to provide IoT devices extended battery life in the range of several years at the same time a LoRa network has extended range and is cost-effective to deploy. LoRaWAN is an LPWAN specification intended for long-range communications from base stations with a maximum range of 15-30km.

NB-IoTisan abbreviation forNarrow Band IoT,a cellular standard developed by 3GPP. NB-IoT is not a standalone technology,but a cellular standard that aims to standardize IoT devices to beinteroperable and more reliable. It can be implemented in a standalone orin-band spectrum manneranddoes not require gateways, while eachLoRa device needs a gateway to function (which can affect total cost). NB-IoTconnects base stations directly with sensors.

Both LoRa and NB-IoT standardswere developed to improve security, power efficiency, and interoperability forIoT devices. Each features bidirectional communication (meaning the network cansend data to the IoT device, and the IoT device can send data back), and bothare designed to scale well, from a few devices to millions of devices.

The most importantdifferentiator of LoRa and NB-IoT is their latency. Here’s a quick refresher onnetwork latency: networks and devices communicate with each other using datapackets. But these data packets don’t always get transferred immediately,because it eats up battery power and network coverage. Latency is the timedelay in transferring data after making a transfer request. A low latencydevice “checks in” with the network more often than a high latency device.For instance, a smart sensordetects that a pipe has broken and needs to send an alert to the network. Ifthis sensor is high latency, it doesn’t transfer data to the network veryoften, and it might be a few hours before the network receives the alert. Ifthe sensor is low latency, the network will receive the alert much sooner.

Because LoRa devices usegateways, they work well in remote or rural areas without 4G coverage. They useunlicensed spectrum to communicate with the network. They also work well whenthey are in motion (for instance, on a truck, plane, or ship). This makes themwell suited for supply chain and transportation applications. LoRa’sgeolocation is non-GPS, so devices offer location services without heavybattery usage.NB-IoT devices don’t need a gateway, and they rely on 4G coverage, either using spectrum within LTE, GSM spectrum or “standalone,” which refers to unused frequency within LTE guard bands. This means that devices with NB-IoT chipsets perform better in indoor applications and dense urban areas. NB-IoT uses GPS technology for geolocation.

While NB-IoT and LoRa are bothdesigned for low-power devices, NB-IoT’s lower latency means that it usesbattery juice faster than LoRa. The trade-off is that it can guarantee a betterquality of service (QoS) than LoRa due to faster response times. NB-IoT alsoboasts much higher data rates than LoRa.

LoRaWAN operates in the sub-gigahertz frequency bands and it’s specification varies from region to region because of the regulatory requirement.

What are the best uses of this technology?

Depending on the needs of anapplication, one technology may be more suitable than another. For mostapplications, the biggest considerations are latency, battery life, coverage,and cost. In this capacity, NB-IoT and LoRa serve different purposes.

Mostmeters process only small amounts of data each day, soLoRaisbest for most applications, assuming that the cost of installing a gateway isnot prohibitive.NB-IoTis a good choice for applications thatneed more frequent communication or high data throughput.

Industrialautomation takes many forms, and there is no one answer for this space.NB-IoTisa better choice for manufacturing applications that need more frequentcommunication and guaranteed QoS, whileLoRais abetter choice for lower-cost sensors and longer battery life. Both are usefulin different environments.

NB-IoTisa better choice. Retail transactions involve less predictable data and surgesof customers, so the low latency of NB-IoT is not a good fit. Retailers risklosing sales (and customers) with the long latency time of LoRa applications.

LoRaisthe better choice for most smart buildings, due to easier placement ofgateways. However, buildings have their own electricity supplies and thereforehave less of a need for LoRa’s battery efficiency, soNB-IoTmaybe a better option for smart buildings with very high data throughput or a needfor very low latency, such as high-security facilities. NB-IoT is also likelybetter for smart city networks that connect dozens or hundreds of buildings,whereas LoRa is better for a single-building application.

LoRa had an early two-year lead, and highly integrated LoRa modules are already available on the market for a competitive price, with more options already in development. LoRa is already considered the IoT network industry standard for several countries, including the United States. NB-IoT options are new but are already gaining traction in industry spaces that aren’t a good fit for LoRa. Technology as a whole is expected to mature quickly due to the enormous market demand.

While both NB-IoT and LoRa are low-power wide-area network technologies designed for low-power devices, they serve different commercial and technical requirements and are used exclusively for different applications. While the Narrowband IoT uses licensed bands that are less than 1 GHz, LoRa works with an unlicensed spectrum below 1 GHz which procures no cost for the applications using it. NB-IoT can be deployed within existing LTE bands, leveraging the spectrum between two “standard” adjacent LTE frequency carriers. Also, it can be used standalone, providing an easy migration path for the GSM/GPRS/EDGE spectrum. The higher-level applications which really need the assurance of QoS, go for NB-IoT, while the low-end business solutions prefer LoRa. 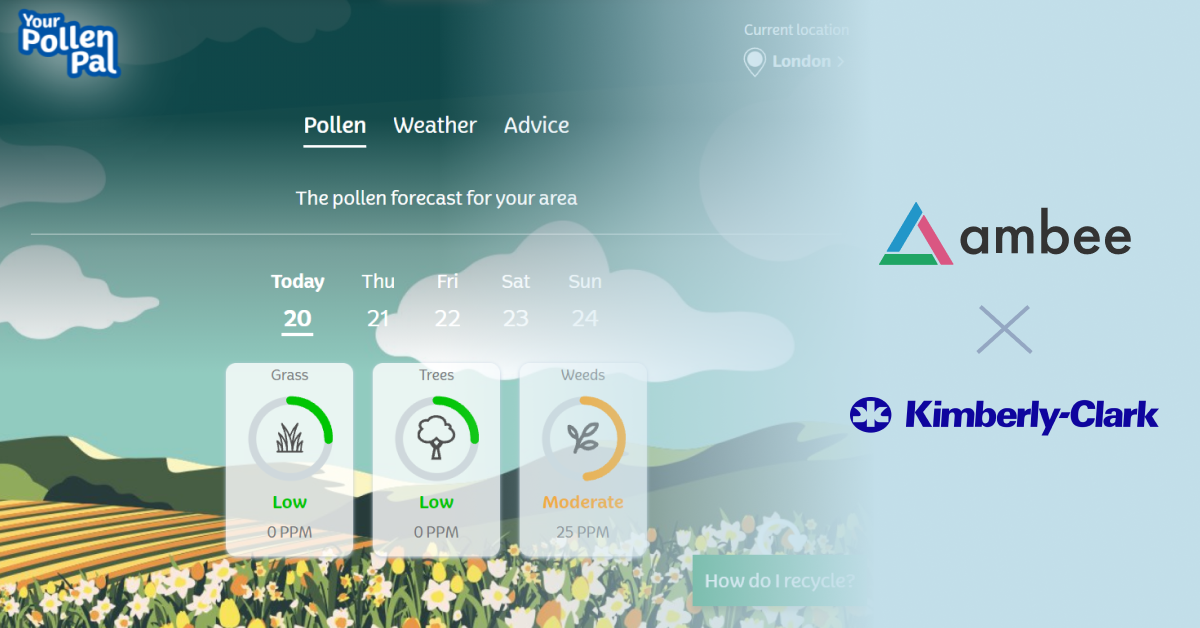